What is a Yahrzeit?

Yahrzeit is a Yiddish (Yiddish: יאָרצײַט‬ yortsayt) word that means anniversary (yahr-"year"; zeit-"time") particularly the anniversary of a person's death. In Hebrew, it is called Yom Hazikaron (Day of remembering).

When is the Yahrzeit?

The Yahrzeit is observed on the anniversary of the Hebrew date of death which differs yearly from the English calendar date.

What if the exact day of death is uncertain?

When the exact day of death is unknown, you may choose a day that is near the date you believe to be the date of death.

What rituals are observed on the Yahrzeit?

The following traditions are usually observed:


Because of the solemnity of the day, most people avoid any festivity or participation in any joyous activity.

What other days can a Yahrzeit candle be lit?

A Yahrtzeit candle is lit and yizkor is said on Yom Kippur, Shemini Atzeret, the last day of Passover and on the second day of Shavuot. The candle should be lit on the eve of the holiday before candle lighting.

What if I miss the Yahrzeit?

You may set aside another day for the observance, for that year only, by lighting the memorial candle, and observing the Yahrzeit rituals on that day.

What is a Yahrzeit Candle?

Every year it is Jewish custom (minhag) to light a special candle that burns for 24 hours. The candle is lit on the eve of the date of the person's death (in the Hebrew calendar days begin at sunset). In Jewish tradition the candle flame is often thought to symbolically represent the human soul, and lighting candles is an important part of many Jewish religious occasions. The connection between candle flames and souls derives originally from the Book of Proverbs (chapter 20 verse 27): "The soul of man is the candle of G-d."

Traditionally Yahrzeit candles are lit for the deceased relatives that one would recite the Mourner's Kaddish for (parents, spouses, siblings, and children). However, one could light a Yahrzeit candle to honor the anniversary of the death of someone who doesn't fall into one of these categories (i.e. a friend, grandparent, boyfriend/girlfriend, etc.). Jewish religious law (halachah) does not require lighting Yahrzeit candles, but the tradition has become an important part of Jewish life and mourning. 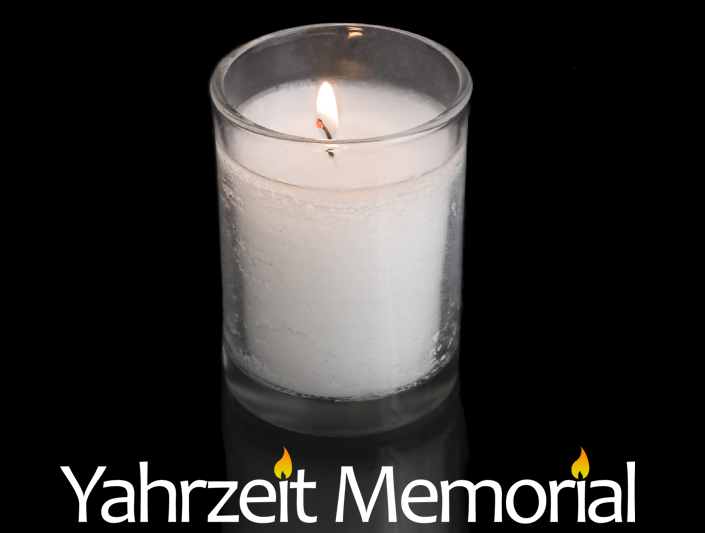